Bahrain/Qatar relations on the frizz again?

For days now I see daily reports in our newspapers that Bahraini fishermen, both hobbyists and professionals, have landed into hot water with our neighbourly Qatari Coastguards who seem to escort them directly to jail, without passing Go. At the last count, there appears to be 107 Bahraini fishermen in Qatari custody and one fishermen injured by Qatari gunshots and in hospital now. The Bahraini authorities have obviously called for their immediate release and repatriation. Five have since been released on bail and have returned to Bahrain.

The rumours and suppositions are flying around like wildfire in the absence of official transparency by both governments. No one really knows why this souring of relations has happened at this particular point in time. So the rumours on the mill currently go from Qatar’s refusal to supply much needed gas to fuel ALBA’s expansion forced Bahrain to get it from Iran, much to the chagrin of the Saudis who supposedly donated the BD100 million to build a new medical city was a retaliation the condition of which is to forget about building a causeway linking Bahrain and Qatar! Asinine, I know. However, historically we have had a somewhat unfortunate relations with our Qatari brothers:

Bahrain has also had problems historically with its Arab neighbor and fellow Gulf Cooperation Council (GCC) member, Qatar. Both countries claimed sovereignty over three regions: the island of Hawar (which the International Court of Justice awarded to Bahrain in 2001); the Fasht al-Dibl coral reef; and the Zubara region. In 1996, Bahrain had rejected an offer by Qatar to build a causeway connecting Qatar to Bahrain.

In its relations with other countries Bahrain generally follows the lead of Saudi Arabia. Like Saudi Arabia, Bahrain’s foreign policy is pro-Western and generally favorable to the United States. Bahrain supported the allies in the 1990Ã¢â‚¬â€œ1991 Gulf War. Bahrain is home to the largest U.S. naval base in the region; as of mid-2002, the base was slated for significant expansion. King Hamad is expected to continue Bahrain’s close ties with the United States; however, the challenge of balancing a pro-United States stand while retaining the identity of an Arab nation complicate the relationship.

I even remember us preparing to go to war with the Qataris at one point. The instruction went – I heard – to the Bahraini and Qatari coast guards (separately of course) to wind up their fishing lines, put their boots on and get ready for action!

Saudi, apparently and thankfully, intervened and re-established the status quo as much as it could.

So we went to the International Court of Justice and got Hawar Islands back, but had to give up rich fishing grounds around the Fasht Al-Jarim reefs. It is there, I suspect, that these fishermen risk life and limb to go fish in. The stocks in Bahraini waters are all but exhausted:

Bahrain’s fish stocks have fallen so drastically the country’s fishing industry is under threat, a government official warned.

Dr Abdulredha Shams, head of the National Pisciculture Centre, said land reclamation work and over fishing were to blame for the reduced numbers.

“The increase in dhows is exhausting the fish stocks and not giving them a chance to renew for the next season,” Dr Shams told the Gulf Daily News.

So what are the Bahraini fishermen to do now? The hundreds of families whose direct dependence on this industry are threatened economically because of the unwise and unsustainable dredging operations and policies. It is also amply apparent that these policies not only affects the immediately local environment, but the nature of the Gulf itself multiplies this effect several-fold and affects thousands of families in all countries sharing this body of water. Yet, we don’t appear to have a coordination committee between these countries to restrict dredging operations or at least study their adverse effects and put in long term mechanisms and policies to re-habituate what has been destroyed.

As to the off-again-on-again relationship with Qatar, isn’t it time that both countries grew up and treat each other with respect? Apart form the fact that Qatar – in particular – doesn’t need fishing revenues, given it’s oil and gas wealth, should it be leading the effort into allowing GCC citizens and companies the freedom of its waters and that of all Gulf countries to fish where ever they choose? Yes rules and regulations must be introduced. The fish-stock is finite after all and fishing it must be regulated, but intercepting and shooting and apprehending local fishermen and confiscating boats isn’t going to help anyone including Qatar.

With nary a success notched up for the GCC council so far, at least with its 20+ meeting scheduled for Dec in the UAE capital, leaders should show their unity and their understanding and declare the GCC waters available for their citizens to benefit from. I don’t think that every fisherman straying into a neighbouring country’s waters is automatically intent on undermining territorial sovereignty. They either just want to have fun, or make a couple of dinars to feed their children. 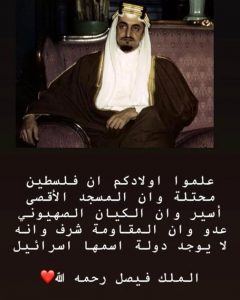 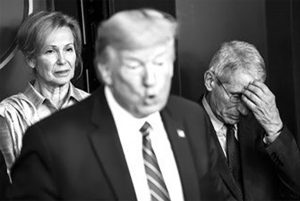 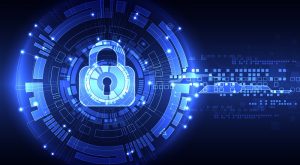